For a limited time, Ken Budd’s award-winning memoir, The Voluntourist, is available as a $1.99 e-book. You’ll find the special price wherever e-books are sold, including: 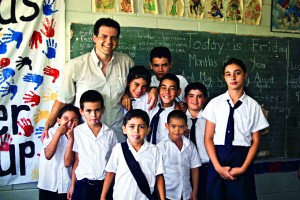 The Voluntourist tells the story of Ken’s funny, moving, inspiring search for meaning following the sudden death of his father—and the realization that he’ll never be a father himself. In a quest to “live a life that matters,” Ken volunteers in New Orleans, Costa Rica, China, Ecuador, Palestine, and Kenya, with comic, poignant results. All of Ken’s earnings from the book are going back to the places and organizations where he volunteered.