The Voluntourist Provides Support for Kenyan Children’s Home After Attack

Dear friends and readers of The Voluntourist,

This past weekend, the Calvary Zion children’s home, where my wife and I volunteered in Kenya, was attacked by roughly six men armed with guns and machetes. Jane Karigo, the home’s founder (see photo below), was beaten by the thugs, as was a security guard, though she and the children are safe. Here is an account from Jane’s daughter:

“They beat the guard at the gate, entered mum’s house, slapped Solomon [Jane’s brother] at the door, and made everyone lie down and took all their phones and went straight to mum’s, [taking] her to her bedroom to give them money while slapping her. Another went to the kids’ house but luckily Vicky [one of the older girls] had taken them to the bedroom and they hid under the bed. The men tried breaking the door unsuccessfully. [A young girl] who was left behind was chased by one thug outside; luckily she hid behind the banana trees and he couldn’t find her. We thank God they are all safe now.” 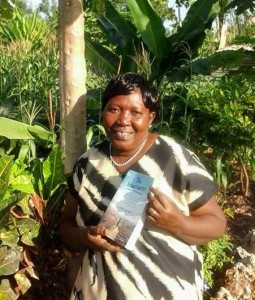 The Calvary Zion Children’s Home Support Trust, a nonprofit that supports the home, has initiated an emergency fundraising effort. The money will be used to replace the cash and phones, says Susan Peattie, who runs the Trust. Funds will also be used for panic alarms and an electric fence. You can make a donation here: https://www.justgiving.com/Susan-Peattie3  (Note: the Trust is a UK charity, so for Americans, donations will converted to pounds and you may be charged with an international transaction fee on your credit card.)

My wife and I volunteered at Calvary Zion in 2010, as recounted in my book, The Voluntourist. Money from The Voluntourist has supported the Trust’s efforts since 2012, paying annual school fees for nearly 15 children and purchasing school supplies. My wife and I are providing additional money from the book to assist our friends at Calvary Zion during this difficult time. Thank you,