An adaptation of The Voluntourist‘s China section—focusing on Ken Budd’s relationship with a child known as The Dancer—was featured on HuffingtonPost.com on December 18. Titled “Special Needs,” the piece was one of Huffington Post’s top tweets of the day.

Ken spent two weeks volunteering at the La La Shou special education center in Xi’an, China in 2009 (he’s seen here with the teacher he dubbed Ms. B). His experiences are recounted in The Voluntourist; money from the book is being used to help create a fund for La La Shou 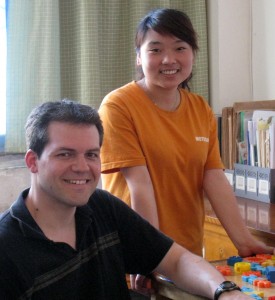